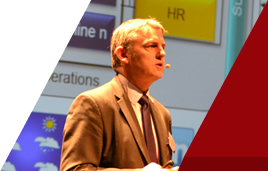 Just over a week ago I was invited to attend an analyst briefing at the Microsoft BI conference in New Orleans that was running alongside the Microsoft TechEd conference.  The conference itself was very well attended with several thousand delegates.  Several things were on show at this event including SharePoint 2010, SQL Server 2008 R2, Office 2010,  PowerPivot, PerformancePoint services 2010. Also on show was SQL Server Data Warehousing Edition (also known as the Madison project) – the massively parallel edition of SQLServer that will be shipped later this year.

The one thing that stood out for me was the seismic shift towards collaborative BI.   As my friend Colin White so aptly put it in the analyst briefing, “Microsoft have brought BI to collaboration rather than collaboration to BI”.  This is an important point because what it is says is that there is little point adding collaborative features to a BI platform if these are not the services associated with a mainstream collaborative platform.  There is far more value in integrating a BI platform with the company collaboration software to tap into things like collaborative workspaces, presence awareness, unified communication, shared calendar etc. etc.  In Microsoft”s case this is of course the SharePoint product which has become viral in most organisations.

It is no surprise therefore that Microsoft’s BI initiative is built around 3 main components and not just SQL Server.  These are:

While there we were take through an excellent demo to show the power of collaboration and what it can do when integrated with BI.  It even included the Microsoft Round Table device which although it has been available for some four years, was the first time I have actually encountered one.

What the demo showed me was the speed with which BI and BI ‘components’ can be spread among a community of users. My conclusion is that integration of SQL Server 2008 R2 with Sharepoint 2010 takes this to another level in that the rate that business intelligence can be shared it is almost ‘twitter speed’.  For those of you using twitter, you will know that as soon as something of interest breaks, re-tweets can spread it across masses of people in a matter of minutes.  This is the feeling I got during the demo.  It fuels mass sharing, mass reuse and mass development of BI applications and artifacts.  In particular reports and dashboards. It certainly fits with Microsoft”s vision of BI for everyone.

Several new features open up the flood gates for collaborative BI to share intelligence with other without the need for IT. For example,

BI reports can be managed by Sharepoint in document libraries. You can also preview reports before opening them up.

Also Microsoft is fueling development by business users on the back of what power users have done, thereby bypassing IT.  This is because there is now a capability whereby Microsoft ReportBuilder 3.0 can access PowerPivot workflows uploaded to SharePoint sites.  You can also export to Excel from PowerPivot.  Power users using PowerPivot (originally referred to as Gemini), can take data from different data sources (including newly supported Atom feeds), merge and join that data. Relationships between tables can be managed inside of PowerPivot.  PowerPivot power users can then create workflows that process this data and can upload these to Sharepoint sites.  ReportBuilder 3.0 (or any BI client) can then treat the PowerPivot workflow as a data source.  Not only that but ReportBuilder can create report parts which are sharable in a report part gallery do that other users can reuse them by simply dragging an dropping the report parts onto a new report for rapid development without having to know the detail underneath.

Hopefully by now you have got the picture – power users building their own workflows in PowerPivot, publishing them to SharePoint, other users using them as data sources in reports, report parts created, and a gallery of parts to be shared across a community of users.  Powerful stuff, and we are not done yet.

In Sharepoint 2010 there is a new site template called Business Intelligence Center.  What you can now do is create a new site in SharePoint using the Business Intelligence Center template. This template includes chart web parts and Excel services workbook access. It also includes a PerformancePoint library so that you can start building your dashboard very rapidly including access to reports and report parts. With is mechanism, Microsoft is opening up dashboard development to the masses and also allowing ‘social’ performance management whereby dashboards and/or dashboard components can be rated.  All this integrated with SharePoint and Office is in my opinion going to take self-service BI development to another level that it could easily have a ‘popcorn effect’ with masses of BI being produced rapidly and IT nowhere in sight.  There is no doubt that it opens up the flood gates for business innovation and sharing.  Personalised dashboard development using PerformancePoint Services 2010 integrated with SharePoint 2010.

A Question of Governance?

My only concern with this is the issue of governance.  What Microsoft have done is to put mass development in the hands of the business.  If you think upi have seen anything on self-service BI, just wait until SharePoint 2010, Office 2010 and SQL Server 2008 R2 move into production in your shop. You ain’t seen nothing yet.

However, I see very little with respect to data governance. What about business glossaries? What about metadata lineage?  In a world of increasing regulation and legislation to prevent corporate catastrophes, can anything be audited? Can it be tracked back to where the data come from? How has the data been transformed by the power users? iWhat does the data mean?  I have as yet seen little from Microsoft in the form of metadata management and data governance despite the fact that Master Data Services is also delivered as part of this SQL Server release.  While there is no doubt that this is coming (confirmed by the Microsoft guys I spoke with on the exhibition floor booth) my only fear is will be too late.  Will the horses have already bolted with self-service BI unstoppable and off down a track without lineage to help users know that the data is trusted.

Equally, scorecard and dashboard development is bottom up. Everyone (with authority) can create their own scorecards and dashboards rapidly but there appears to be no framework whereby these can be slotted into a multi-level  strategy management unlike say SAP with SAP Strategy Management.  So what is the answer? Is it all bets are off and just let the business figure out the best way to manage on the back of socially rated scorecards and dashboards?  What happened to business strategy?  Many companies set a strategy at executive level and want enterprise wide business strategy execution.   This latter approach is top-down.  What Microsoft is fueling is bottom up.  My opinion is we need both and not one or the other.

It is pretty clear then that, setting aside the new SQL Server Data Warehousing Edition, this is very much a Collaborative BI release by Microsoft.  It is a major leap forward in what the business users can do for themselves.  We have two forces at work here.  Freedom versus governance.  We have to get the balance right.  Too much freedom and we could have chaos with no ability to audit what has been done or whether the BI is trusted. Too much governance and we put innovation in a straight jacket or kill it altogether.   All I would say is that IT had better get a data governance program underway soon to control data all the way out to data marts and cubes. If that is done then there is no doubt that the business can be empowered to innovate which is what should happen. Without a data governance program however, I think it is really going to be hard to get alignment with what the business is doing given the sheer speed of development that is now possible with this release.  Let’s hope governance, innovation and collaboration are a winning combination.